Last week my little girl turned 20 months.   In 4 months she was be 2. TWO!  I have to keep on telling myself this day after day to mentally prepare myself for it. I had a hard time when she turned one because I felt like she was no longer my baby anymore. But two…well two is just a different ballgame. Yes I’m terrified of the “terrible 2’s” but we are already seeing some of that rear its ugly head.  Two also means she will be starting preschool soon and two definitely means my baby is gone.  Ahhhhhh! I hate this growing up thing.  I do have to say it’s been pretty fun watching her personality come out over these last few months.  She’s a spicy one!  A few of her newly developed quirks include:

– putting her clothes on and taking them off all by herself over and over and over again.  She gets so frustrated when she can’t quite do it and starts yelling and throwing things.  But then she gets right back to it and is absolutely determined to get it.  She has perfected putting her shoes on by herself and she’s pretty darn proud.

-she calls every other kid a “baby” even if they are older than her which has ruffled feathers at the playground.

-she’s obsessed with moles. I’m not sure if it’s because my husband has a lot of moles on his body or what!  She will always point and say “mole” and she loves when I do the Austin Powers “moley, moley moley” hahahah.  We went to Tim Hortons pretty early in the morning the other day and her and I were in line behind someone who had a big mole on their neck. It was totally quiet in there until she pointed and shouted “MOLE!”.  I couldn’t help but laugh….I mean this poor guy was probably self-conscious about his mole but she doesn’t know any better.  What can you do?

-she will do something cute or funny and then say “oh boy” – it’s adorable!

-we have recently started the dreaded “mine” phase. Everything is “MINE”.  Poor Ethann can’t touch a thing in the house without her freaking out and yelling MINE!  Sometimes she cries in the morning when I’m putting on a certain pair of underwear because she thinks they are hers.  We go for a playdate at someone’s house and she rips toys out of their hand and yells “mine”. Deep breaths.  And lots of wine.   This isn’t even to mention the battles about clothes or shoes she is going to wear out of the house.  Where the heck did this attitude come from??!!

Sleep has been pretty good lately minus some teething nights here and there.  She has almost all of her teeth except for her 2 year molars so I’m hoping we can get a few months of reprieve before those start coming in.  She has even started going to bed earlier and  sleeping in (sometimes until 7:30!).  For the first time in almost two years I have started setting my alarm clock for the days I have to work. I never thought I would be so happy to hear that shrill beeping noise. Sure beats getting woken up by a cry at 5am.

All in all life is pretty great with this little munchkin. She’s been testing us a bit but she’s still my sweet, cuddly little girl who loves her dog videos.

Also we are going to start potty training in a few weeks!  I would love any insight, tips, tricks, or barrels of wine shipped to my house please and thank you.  Here are a few from a recent mom + me session we had with the amazingly sweet and talented Shantal Marie Creative. 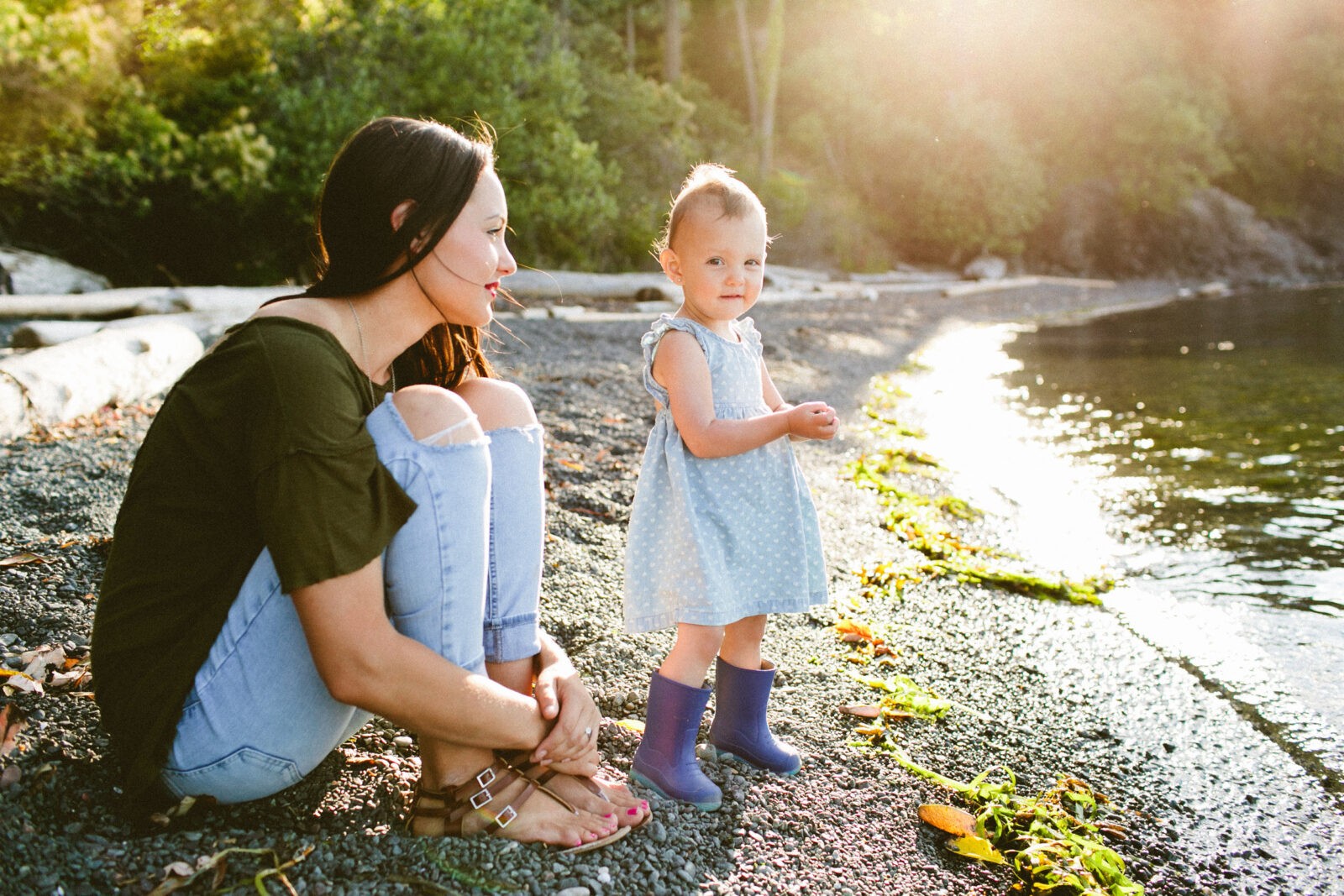 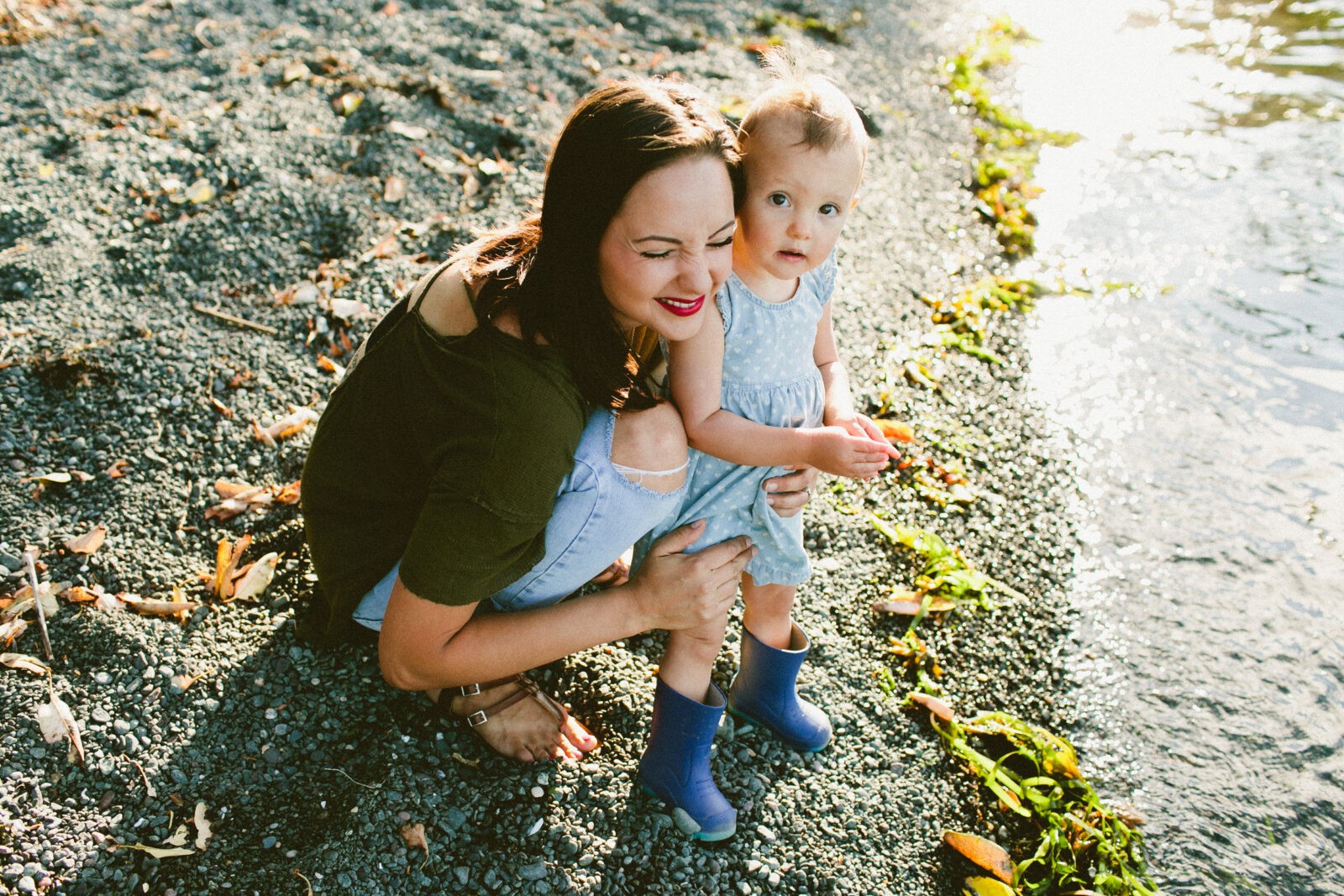 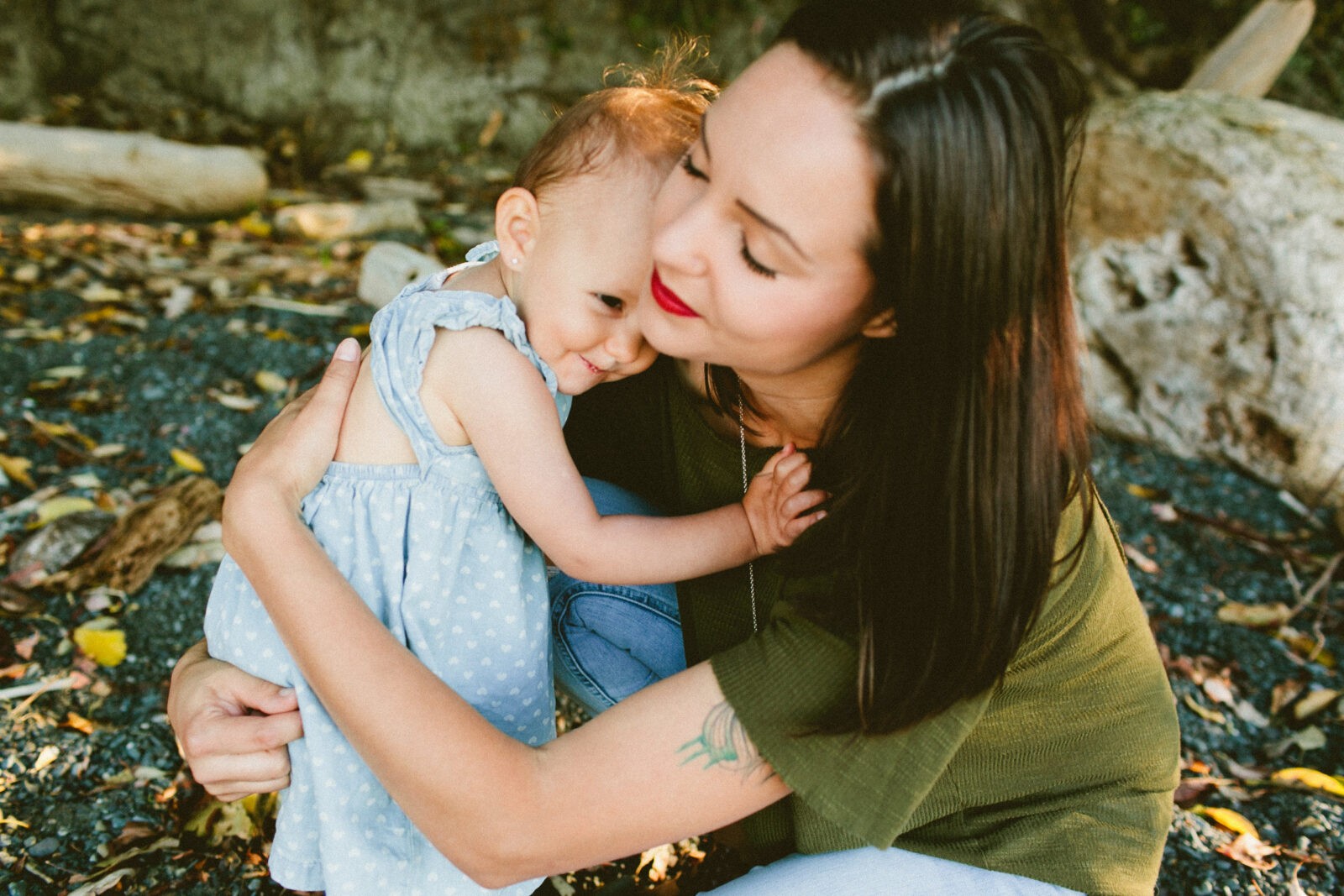 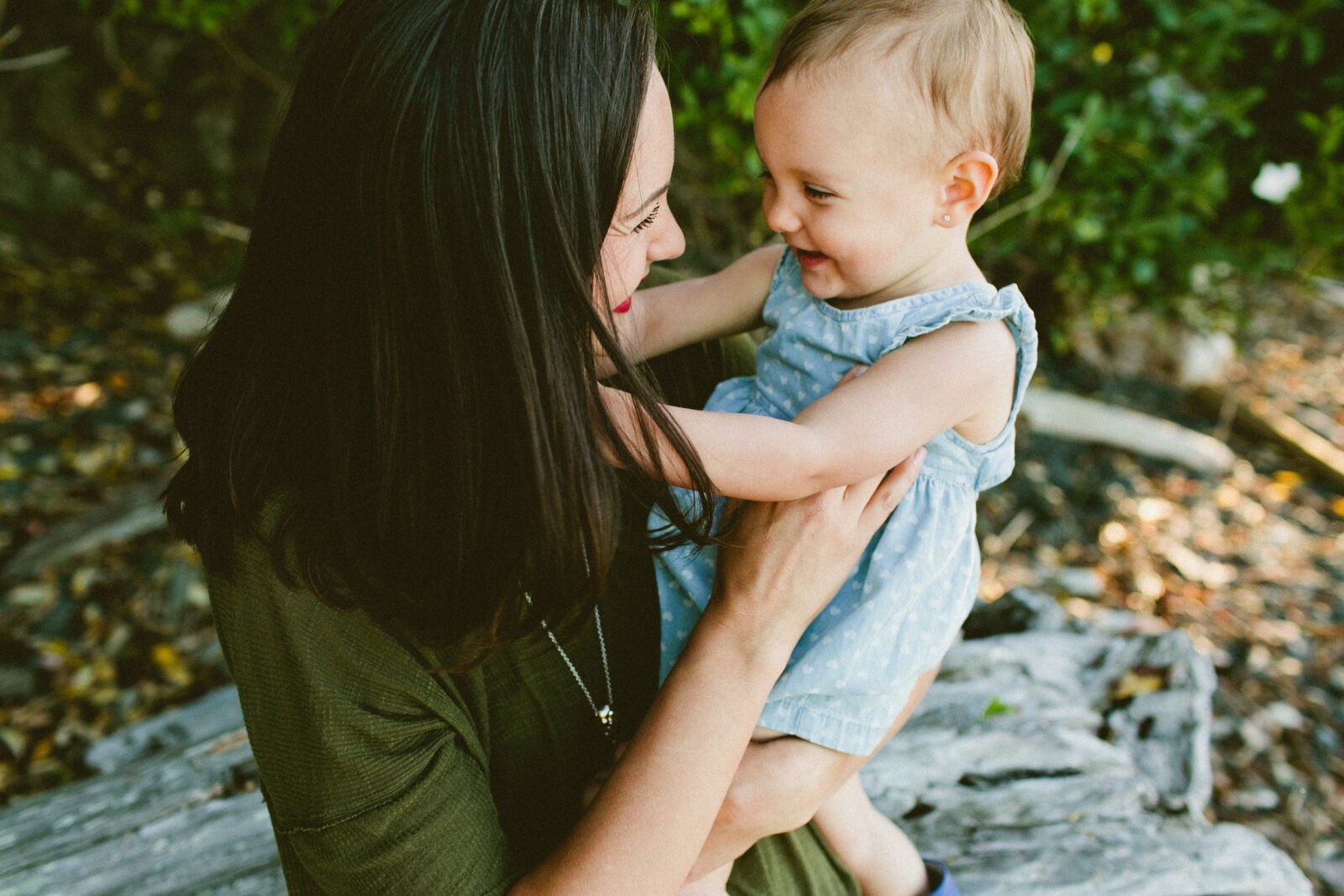 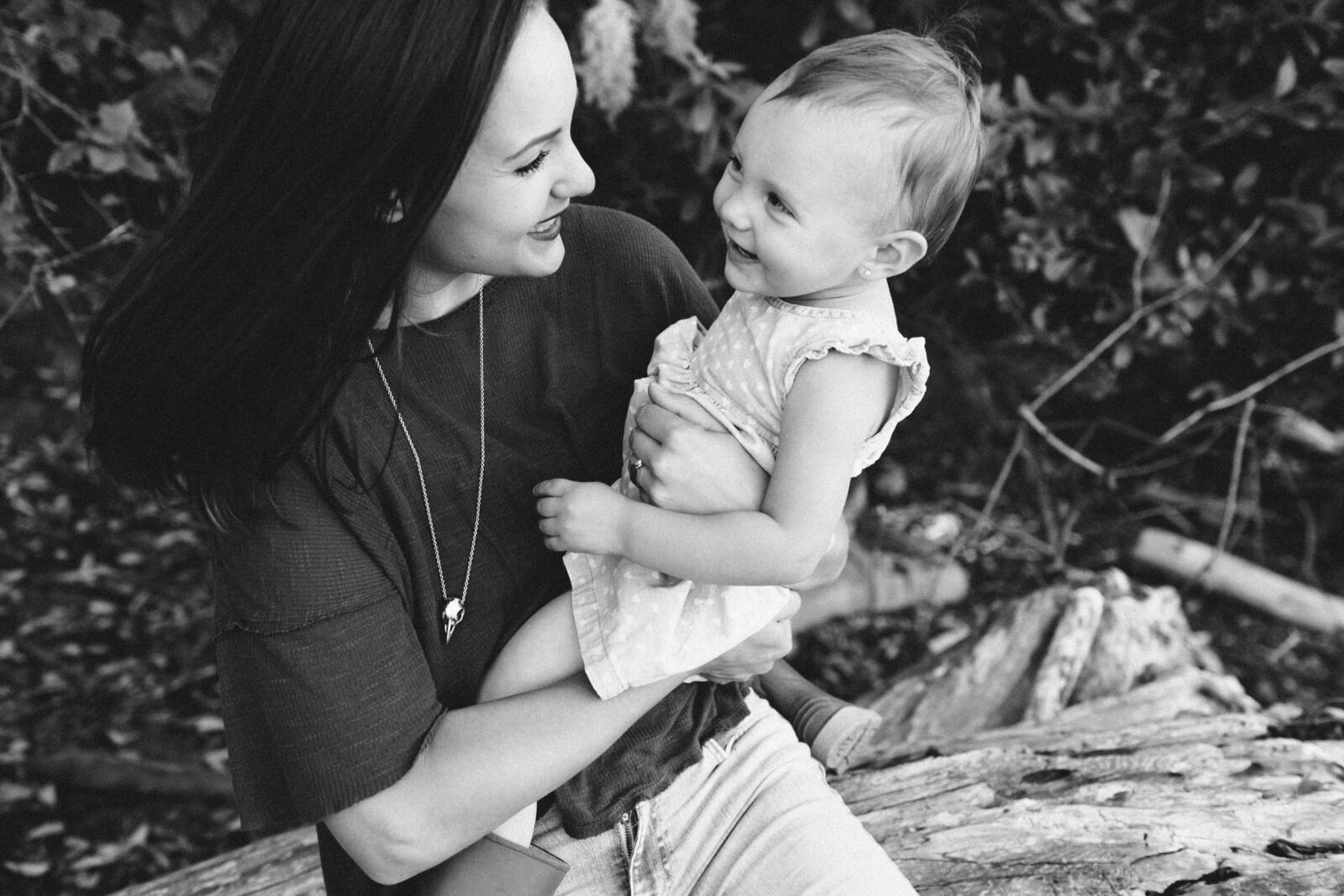 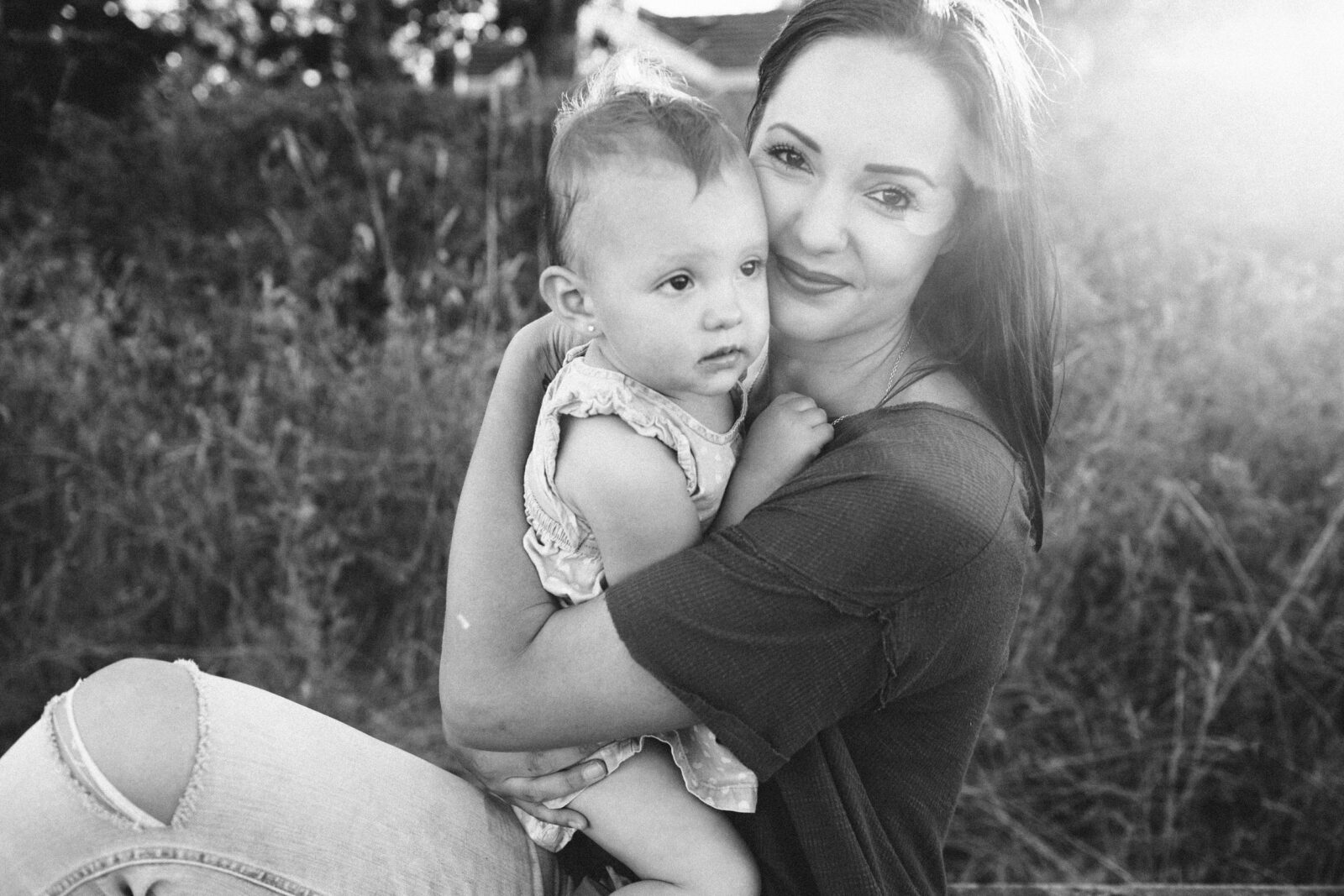 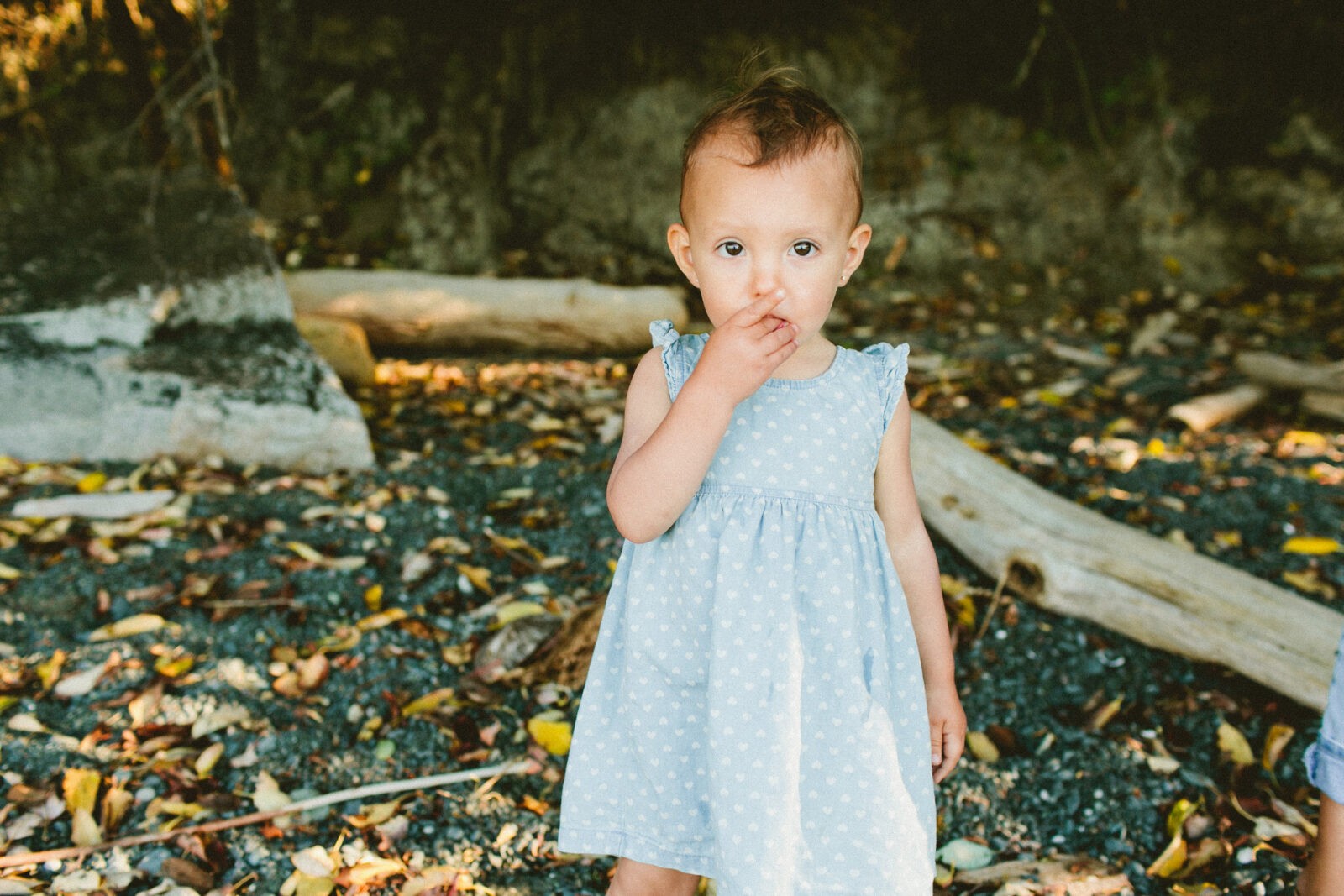 My beautiful girls – love them so much!! ❤️❤️