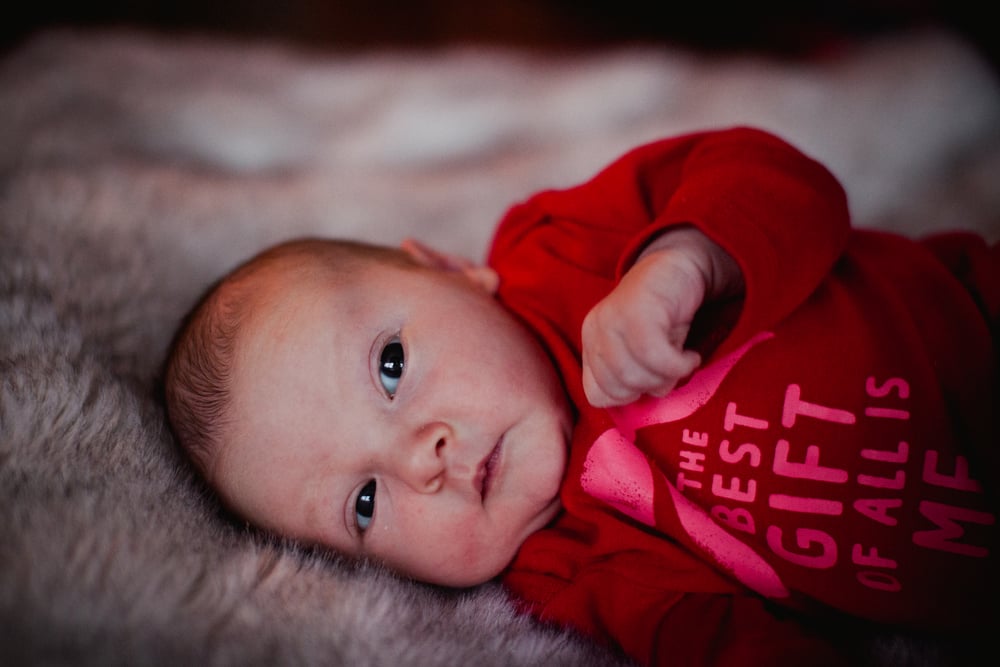 I’m not sure exactly where to start because my life has changed in about a million ways since I went into labour on December 29th (yes you read that right) but I guess I will start with her birth story.  On Tuesday the 29th I went to my midwife for another stretch & sweep. I had one the week before and obviously didn’t go into labour but I was hopeful this one might work. Afterwords I felt extremely crampy but I had been having really bad cramps for a week and didn’t want to get my hopes up that it was finally happening. For dinner we went out for Chinese food because I’ve heard this can bring upon labour. Also, my mom told me she read pure black liquorice can make you go into labour so I ate my weight in that as well. Sure enough, at about 10pm that night I knew I was in labour.  I took a gravol and tried to go to sleep because I had a feeling we could be up for quite the adventure the next day. AND THEN…..WE HAD AN EARTHQUAKE!  I was almost asleep and then I felt our whole building rumbling and shaking. I freaked out and jumped out of bed.  It was the first one I had ever felt and I sure hope it’ the last. It was only a 4.8…..I can’t imagine if we do get hit by “the big one”.  Afterwards it took me quite a while to get back to sleep because I was so shaken up. Finally around 1am I had a few hours of sleep until I was woken up by a painful contraction. We woke up my mom and step son and told them it was finally time!!  They left us to give us some space (we put them up in a hotel for the night) and I started trying to do things to distract myself from the contractions. I made a motivational labour poster, cooked some food, watched some TV and we also watched a movie and tried to nap on and off which is almost impossible when you are having contractions.

At 9pm that night things started to get a lot more intense. The rule of thumb is that you don’t call the midwife until your contractions are 4 minutes apart and last for a minute for at least an hour. Mine were staying in between 5 and 6 minutes for hours and hours but were getting increasingly painful.   We decided to give our midwife the heads up that she would most likely be coming over in the middle of the night. She said she would try to get some sleep and to give her a call when things progressed. We also called our Doula and she came over around 10pm to give us some more support. She suggested I have another shower (I had already had about 5 at that point and 2 baths) and then try to lie down to get some rest.  I only lied down for about 45 minutes because the contractions were so bad I had to get up and walk around.  By 1am my contractions still weren’t 4 minutes apart but I was in a whole lot of pain. I told my husband he needed to call the midwife and get her over to the house. She came over around 2am and found I was 7-8cm dilated!  She was so surprised I was that far along as was my Doula as apparently I was coping extremely well for having been that far along. Then things got even more intense. We filled up the birthing pool with warm water and I laboured in there for a bit. Not long after I was fully dilated and ready to start pushing. The problem was that I was so exhausted at that point that my body started shutting down a bit. My contractions slowed to about 6-7 minutes apart so every time I pushed the baby down a bit she would just go back up. I wasn’t making any progress and after a few hours of this I started to get upset and frustrated.  Everyone assured me this can be normal. We tried everything – different positions in the pool, a birthing stool, labouring on the toilet, everything!  At one point in the wee hours of the morning I reached my breaking point. I told my midwife I couldn’t do it anymore, that I was too tired. She knew it too so she made the call we head to the hospital to see what could be done as the baby seemed to be stuck.

This is where things got hairy. I lied down in bed to wait for the ambulance and my contractions started coming a bit more frequently and holy hell were they bad. I had to get up and get dressed but I physically couldn’t. My Doula was such a trooper and basically dressed me so I could leave the house. I was strapped to the stretcher in the ambulance and the drive to the hospital was absolute hell.  I was literally screaming in pain over every bump and shouting at someone to give me something to take away the pain. They gave me some nitrous oxide but it did nothing but make me feel nauseous. By the time we got to the hospital I was in a complete other world. I needed SOMETHING, ANYTHING to take the pain away and was willing to do just about anything to get that baby out immediately. The doctor came in to assess me and said that he thought I should have an epidural so that I could nap for a bit and then they would give me Oxytocin to speed up and intensify my contractions so I could hopefully get baby out.  If not, I would have to have a C section. I agreed.  First, they gave me the Oxytocin.  I was SUPPOSED to have the epidural around the same time but the anesthesiologist was finishing up a C section so he was busy. In the meantime my contractions started hitting hard and fast. I barely had a break in between them. Through some pep talks from the nurse and midwife I managed to scream my way through those last couple hours and pushed that baby out!  The feeling of her being delivered was nothing I have ever felt in my life. Pure relief!   I seriously couldn’t believe I had done it and without the epidural. The experience was definitely something I will never, EVER forget.  It was more painful and more intense than anybody could ever prepare you for and it was definitely the hardest thing I have ever had to do in my life. And she was almost 9 pounds!!  Holy moly. Now it kind of all feels like a really bad dream. With a great ending of course 🙂  Am I disappointed I didn’t get my home birth? No, not in the least. I had my baby safely and naturally and I did what I had to do with the circumstances given. She is here and healthy and at the end of the day that’s all that matters.

After almost 2 weeks I can attest to the fact that the memory of birth does slowly fade away and also that all of it was worth it to have my little Zaiya Skye. It was worth it….but that doesn’t mean I am ever going to do that again!!!!

Since then I have been in a baby bubble, barely leaving the house.  Staring at my baby. Not doing dishes. Not cooking. Not sleeping.  Falling completely in love with her. It’s been quite the wild ride so far.  There has been a whole hell of a lot of learning about babies happening here …..I will blog my new mom experiences in the next post because this has already been so long. If you want lots of baby spam, check out my instagram @jademutter because I have been posting a lot of pictures of her. I can’t help it!  I know everyone thinks they have the cutest baby in the world but I really do.

Oh and one more thing – shout out to women everywhere that have given birth – y’all are some BAD ASS BITCHES. Women do not get enough credit for everything they go through! 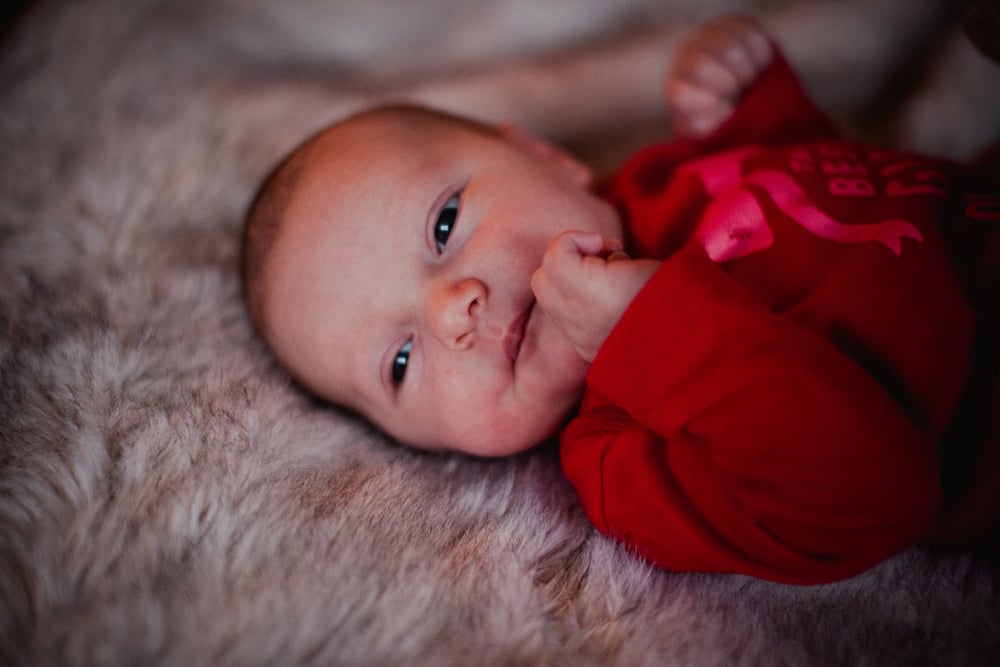 She’s here alright sweet little niece💜 and you are amazing! Holycrap intense and beautiful all at the same time. I Love this story! Xo to the mutters new addition! Can’t wait to meet her in person💓